St John’s Wort: Properties and Benefits for Your Body, Skin and Soul

Coming from the temperate zones of Europe, the Hypercum perforatum, which is also known as St John’s wort, is a perennial herb that has relatively thin, green steams and its leaves have numerous glands that create the impression that the leaves are full of holes (this is the reason why it is called perforatum in Latin). The flowers of this herb are yellow and it is easy to identify them in the Mediterranean forests when Saint John’s Eve approaches, since the herb is in full blossom and offers its great benefits.

St John’s wort has many active ingredients with numerous properties for internal and external uses. We highlight the following ones:

INTERNAL USE OF ST JOHN’S WORT:

St John’s wort is considered to be antidepressant because it has beneficial effects on mild depression, as well as it regenerates the nervous system. The properties of St John’s wort are also known, since it works as a stomach protector and it counteracts acidity, diarrhoea, as well as gastric ulcer. It can also be used as a pain treatment (analgesic) in cases of rheumatism, gout, arthritis, etc.

EXTERNAL USE OF ST JOHN’S WORT:

St John’s wort is a good healing and regenerator of tissue thanks to the fact that it is rich in tannins. It helps to heal little wounds and regenerate the damaged skin. Indeed, it has been used for centuries to heal wounds. Externally, it also has a modest effect of sedation on pain (Catalan grandparents usually refer to it as “oli de cop”) while it improves circulatory system issues, such as varicose veins 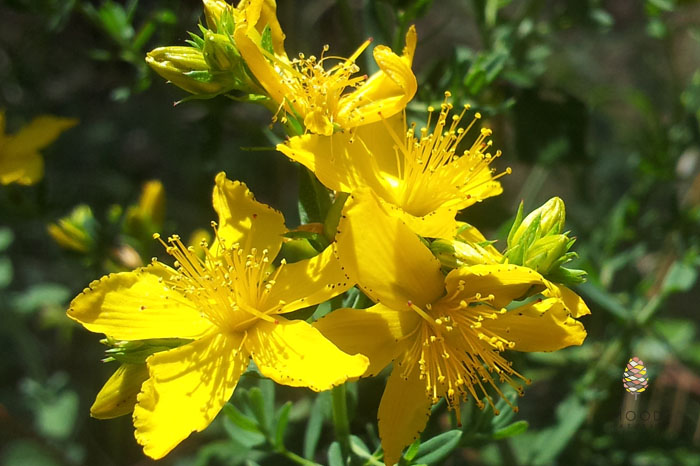 St John’s wort has been used since Middle Ages and even before this period of time due to its interesting properties. This flower is surrounded by magic and beliefs. Many people collect St John’s wort in St John’s Eve in order to keep the valuable oil that it has inside. It has to be said that Mood Natural Barcelona’s products are inspired by our great-grandmother Maria, who already added this oil to her transmerdal patches.

We use cookies to ensure that we give you the best experience on our website. If you continue to use this site, we will assume that you please.Agree